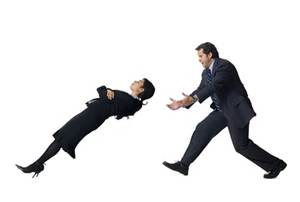 After playing in a golf tournament on Saturday, I found it much easier watching one on TV on Sunday afternoon.

During the broadcast, the commentators were talking about how different players trust different clubs in their bag. Trust is important in any sport, whether its baseball player’s favorite glove, a tennis player’s trusted racquet, or a quarterback’s go-to receiver. But these examples are not “blind” trust. These athletes understand why they trust what or who they trust.

So what does that have to do with investing?

Well, after the trusted golf club discussion on TV came a commercial break, and the first message was from Investment firm Morgan Stanley. They’re one of the tournament sponsors, so their commercials were mostly feel-good, self-serving ditties. But their slogan, “Capital Creates Change” almost made me choke. You see, it’s not their capital, it’s their investors capital. And it’s not Morgan Stanley who experiences the ugly changes that are possible in the stock market, it’s their investors who bear the brunt of that…or it’s the tax payers.

Morgan Stanley, with more than 60,000 employees, was one of the first in line for taxpayer bailout money after the 2008 market crash. Yet, today they’re cooking along with enough capital (investor money) to sponsor a major golf tournament. I don’t expect anything different from a huge, soulless, profit-driven corporation, but it leaves me scratching my head about investors.

Over the decades I’ve heard many investing teachers and gurus say something along the lines of, “You should only invest in things you understand.” So I’m sitting in my recliner wondering, do the tens of thousands of Morgan Stanley investors understand how their money is being used after they hand it over? I doubt it.

At the rate they’re turning dollars over, investors apparently trust Morgan Stanley, but do they wonder at all about where Morgan gets the money to pay 60,000 employees and sponsor golf tournaments? Doesn’t that come from the investors’ capital?

And then I wondered again if many of Morgan’s investors have any idea of what their money is actually being invested into. Not just the mutual funds, but the actual stocks inside the funds. Most American investors just pour their money into 401k, 403b, or IRA accounts, using what I call the “Chuck and Hope” plan. They chuck money in from their paycheck, and then hope it goes up.

So I’m going to join the long line of gurus who say, “Invest in things you understand.”

This is why, in our SMART Wealth System Course, we teach alternative investments in real assets that you can understand, like real estate. If you wouldn’t want to be a landlord, we introduce you to private equity funds that buy and manage the real estate for you (not REITs). They’re transparent, simple, straightforward investments you can wrap your brain around.

You work hard for your money; too hard to give it to huge, detached companies that just bundle your dollars with those from tens of thousands of other investors. Take a more hands-on approach, and put your money to work in investments you understand. Investments back by real assets, not just monthly statements.

I trust you’ll at least think about it. 🙂

← Get Unplugged… Take The Red Pill
Trying to Win at the Stock Market Game? →

4 Responses to Investing, Understanding, and Trusting