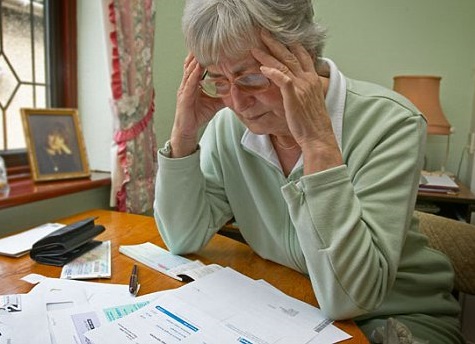 You can’t stop that…well…unless you die.

But, let’s say you live. Who will house and feed you when you get older and don’t want to, or can’t, work to support yourself?

I was recently on a training webinar for Private Family Banking, and a story was told about a couple whose children were through college, married to people with good incomes, and living good lives.

Meanwhile, the parents – who had decided from the beginning to pay for their children’s educations – were struggling with $300,000 of student loan debt. The children aren’t helping with this, because the agreement was that mom and dad would do it.

So, these parents are DOOMED.

My advice to them?

Move in with your kids…that’s where you invested the money that should have built your retirement nest egg.

My advice to you?

Please don’t choose this course for yourself!

I’ve known, talked with, and read about so many people in this position that it literally makes my stomach knot up.

I know I’m paddling upstream on this topic with many people, but I believe so strongly about it that I have to try to help folks avert this tragedy.

It would help us in so many life decisions if we used this measurement in choosing the course. In almost all our choices we’re deciding where to invest our time, energy, and likely finances.

So, let’s use the ROI measurement and start with the students in this scenario…BEFORE they start their education.

Wouldn’t it make sense to ask, “What will be the MONETARY return on investment for this course of study?”

“But they want to do what they LOVE.”

I get that, but let me share about my grandson, Michael, as an example.

Mike is now a high school junior, so this is the year he’ll be doing the bulk of his college investigation and preparation.

For most of his life Mike wanted to be a “Dolphin trainer.” He loves dolphins.

So, grandpa would say, “OK, that’s cool. Where will you work?”

“Great. How many dolphin trainers do you think Sea World employs?”

“And how many other young people do you think love dolphins and will be competing with you for that job?”

“Don’t you think it would be a good idea to make sure you can get paid enough to afford the life you want to live outside of work, in addition to the work itself being interesting?”

You can see where this conversation is going.

If lots of people are competing for the few dolphin training jobs that likely exist, supply and demand says the pay scale for those jobs will be driven DOWN.

Not to mention that a job candidate is more likely to end up in the group that don’t get hired than among the few people who do. Just statistics. I’m not disparaging your little “Pooky Pooh,” or in this case, “Michaelberry.”

I know Michael’s mom and dad, and probably teachers at school, have had similar conversations with him over the years, but grandpa has been a constant ROI beacon. Today, Michael is exploring a software engineering degree with an emphasis on graphics.

His choice. Not the result of pressure or manipulation.

But even if he ends up at Boeing or Disney, he’ll be well paid.

So, who should pay for college?

I believe in collaboration.

First of all, it’s the student who will benefit from a college education (if they take the right degree), so they should assume the responsibility. The parents should help, if they wish, as much as they can without jeopardizing their own retirement viability.

Please do not sacrifice the fourth quarter of your life just because someone has convinced you it’s your duty to put your kids through college. That lie was born and perpetuated in college admin offices.

Because they know mom and dad have more money than junior or the princess.

Your responsibility is to grow mature young men and women who, when they embark on college, begin assuming responsibility for their present and future lives.

And, as they do, they’ll be learning the value of work, the money it generates, and the ROI their time and money can produce.

Those are the kind of young people America and the world need. 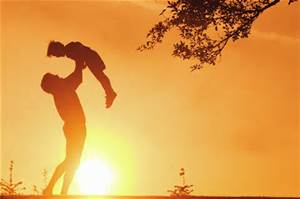 How many parents have lovingly said that to their little child over the millennia? Of course, they don’t consider their child a haplorhine primate. They’re calling their child a playful, cuddly, cute little person that they love. However, they’re closer to the truth in one area than they’re probably thinking. The old saying, “Monkey see,… END_OF_DOCUMENT_TOKEN_TO_BE_REPLACED